The Feeling of Obsession 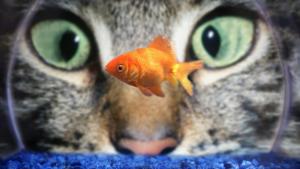 The Feeling of Obsession

Today I'm obsessing about paying off my credit cards. I am also obsessing about forest fires. Each time I get up and walk around my room, I check out the windows to see what is happening in the skies. The morning seems cooler and more overcast than usual, but I don't know if that means anything. Does it mean we might finally see rain today? Or is this overcast caused by smoke? Or is it nothing and therefore will clear up by noon?

I hear a helicopter in the distance. The sound of a helicopter is anxiety-producing when you are living in a wood cabin in the midst of the San Isabel forest when the whole state seems to be going up in flames.

I realize now that the reason I hadn't given it much thought is because I never considered that obsession is a “feeling.” I always thought of it as a noun, as in my “obsession,” like an object I possess, or as a personality trait, as in being “obsessive-compulsive.”

But as I sat down once again to write my blog post – I have tried several times without success – I found myself completely distracted by my obsessions and unable to focus on a topic to write about.

Yet that's all I seem to be capable of thinking about.

Then I wondered, What if I just listened to myself empathetically?

The bundle of feelings are, to varying degrees: fear (what if this happens or doesn't happen?), anger (a protective energy that sparks motivation to take action), happiness (thinking about a favorable outcome – also very motivating), sadness (a feeling of mourning over what could go wrong – also very motivating), excitement about the possibility for a better future.

I suppose some people are more inclined toward feelings of obsession than others. I happen to be a person who is often driven by obsessions, so much so that I have come to think of it as my friend and ally.

Yet, I used to think of it as a character flaw, one I learned to make fun of, as in, “Oh, that's just me being OCD, haha.”

Even as I sat down to write this blog post, I was at war with myself because my “obsessiveness” wouldn't allow me to focus on the task at hand. I couldn't think of anything other than paying off my credit card debt and the recurring question, “Will it rain before the whole state burns to a crisp?”

But when I embraced and listened to the feeling empathetically, I realized it was just a feeling like any other that is pointing to a need.

Have I learned yet how to truly listen to my feelings and needs? I guess this blog post is the answer.