KNOWING WHAT YOU WANT 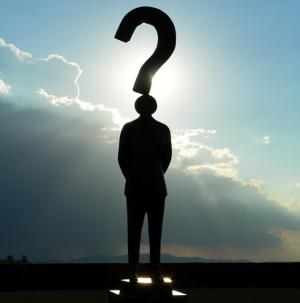 KNOWING WHAT YOU WANT

I used to know what I wanted, and I went in pursuit of it for many years. In some ways I was highly successful, in other ways not so much. Because I hadn't achieved the level of success I desired, and I felt stuck in a rut, I radically dissolved all aspects of my life, left my home state, moved to L.A. and set out to build a new life, in a new place, with new people and new experiences.

That, too, turned out not to meet the needs I was longing to meet, so I ended up in a long hallway between one door closing and another opening up. This long hallway caused me to deeply re-evaluate what it was that I truly wanted.

What I learned from this experience is that sometimes different parts of myself want different things. I might think I want one thing, when in fact, The One Who's Running the Show (as I call her) wants something completely different.

Then I end up feeling frustrated, wondering why I can't manifest what I think I want. In truth, The One Who's Running the Show wants something different. The reason I call that part of myself, The One Who's Running the Show is because she's the one who gets what she wants. So in order for me to bring my inner being into alignment such that my outer world reflects my inner world, I have to get in touch with that part of myself. She's the one running the show. She's the one who knows what she really wants and she's the one who will make it happen. The other parts of myself can either be at war with her or get in step and help her to accomplish her goals.

Let me give you an example: When your life feels either scattered and chaotic, or you feel like you're in a rut, those are the times when you aren't in alignment with The One Who's Running the Show inside your own self.

This happened in my own life when I returned to my home state of Colorado. Eventually I found an apartment and took whatever work I could find to pay my bills, but I ended up feeling miserable, overworked, underpaid, tired, and utterly exhausted. I felt like every ounce of energy was being sucked out of me just so I could make money that I would immediately give to someone else.

I thought something was terribly wrong. How did I go from being successfully self-employed, doing what I loved, to working every waking moment for a pittance?

Then I realized the truth of the matter: I hadn't gotten in touch with what it was that I really wanted. So I took some time to think about it deeply, considering every aspect of my life and putting it all into an order of priorities.

After doing all that, I realized that my highest priority at that moment was completing the master's program I had entered. I was a quarter of the way into it, but I was so exhausted that I couldn't stay awake long enough to do my homework. I was faltering because I'd let so many other things distract me from the one thing that mattered most in my life at that particular time.

I had to find a way to bring all parts of myself back into alignment with that primary goal.

If you're experiencing something similar, that your inner and outer worlds are not in alignment, stay tuned. I will be exploring how Nonviolent Communication and other consciousness-expanding technologies can help bring you back into alignment, to a place of authenticity.