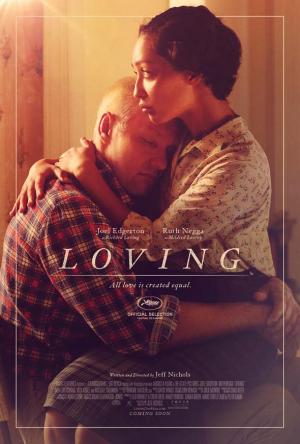 A film titled "Loving," released earlier this year, and now on DVD, portrays the real-life story of a man named Richard Loving, and the woman he loved and married, named Mildred. They fell in love in the late 50's in Virginia and Richard asked Mildred to marry him, but they had to leave their home in Virginia and travel to Washington, D.C. in order to make their vows legal so they could be married in the eyes of the state and bring their unborn child into a wed-locked relationship.

Their love was against the law in Virginia at the time, in the late 50's and early 60's. How could love and marriage between a man and woman of consenting age be illegal, and so offensive to the people of Virginia that the two Lovings were arrested and thrown in jail? The judge convicted them of committing a crime and sentenced them to a year in the Federal Penitentiary or 25 years banishment from their home state of Virginia, driven away from their homes, their friends, their families, and everything they knew and loved.

Together they kept themselves sane and built a life in the city of Washington, D.C., watching the marches led by Dr. Martin Luther King Jr., starting on the mall and heading all the way to the White House and Capitol Hill where Robert Kennedy was the Attorney General.

Why was their love and marriage illegal in Virginia? Because one of them was Caucasian, and the other African-American, both born and raised in Virginia, but not really free, not with the rights of all other people. Mildred, a woman who loved her husband and children, was not free to marry the man she loved, the father of her children, and their children were not considered legitimate in the state of Virginia.

This true story is part of our history in this country and shaped our constitution. It's a heart-breaking story, yet it left me with a feeling of incredible hope because I realized that some things that people take for granted -- for example, it was a given to the people at that time that interracial marriage was a crime, that if one person had slightly more pigmentation in their skin, they were not free to express their love and marry each other; their children were not seen as legitimate in the eyes of the state.

And yet, today, in the mass consciousness, certainly in the eyes of the law, ANYONE of consenting age is free to marry the person he or she loves. Today we take THAT as a given.

This fills me with hope that one day some of the things we take as a given today, things that many of us feel heart-broken about -- for example when we see the suffering caused by poverty, joblessness, and lack of access to health care, especially in a country of such extraordinary wealth -- may some day change dramatically.

And yet, when we study and practice nonviolent communication, it's important for us to remember that things change when we are willing to listen deeply and empathetically to all points of view, and treat the needs of others will compassion.

I hope you'll take the time to see this beautiful, touching, and hopeful film.