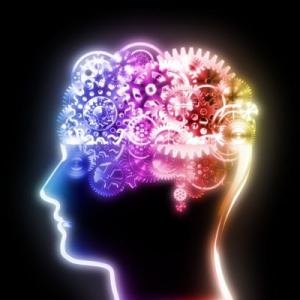 I’ve been reading In the Realm of the Hungry Ghosts by Gabor Mate. It's one of the best books I’ve ever read, and I highly recommend it. He writes about the origins of addictive behavior, which is particularly relevant to me because I have an addictive personality.

He explains that one of the characteristics of the addiction-prone personality is the absence of differentiation.

Differentiation is defined as “the ability to be in emotional contact with others yet still autonomous in one’s emotional functioning.” When I am in an intimate, romantic relationship I lose the capacity for differentiation.

It has to do with childhood trauma. There’s a very high correlation between childhood neglect, abuse, and trauma that leads to addictive behavior due to the limited number of dopamine receptors that develop in children who experience abuse. The human brain is apparently seeking dopamine.

He writes, “As we have now seen, addiction inevitably involves both opioid and dopamine circuitry. The dopamine system is most active during the initiation and establishment of addictive behaviors. Desire, wanting, and craving are all incentive feelings, so it is easy to see why dopamine is central to non-drug related addictions, too.”

Dopamine receptors are formed in childhood. When children are neglected or abused, their brains don’t form a normal level of dopamine receptors, so they are deficient in dopamine. “Research now strongly suggests that the existence of relatively few dopamine receptors to begin with may be one of the biological bases of addictive behaviors. When our natural incentive-motivation system is impaired, addiction is one of the likely consequences.”

I see a very clear relationship to non-violent communication in his statement, “Dopamine pathways are an important component of what has been called the limbic system, or the emotional brain.”

I have a personal interest in this because I experienced trauma in my childhood; my father was physically abusive to me and my mother. In those days (the late 60’s) that was considered “normal” behavior. I don’t want to make my dad out to sound like a monster. He was behaving in a way that was considered “normal.” Then my parents divorced when I was 4 and my mom, at 23 with very little education, had to support herself and two small children on her own. She came from an alcoholic background and used alcohol for self-medication so I experienced a lot of neglect in my childhood. She took us to a in-home day care where I was sexually abused for a year by a male care-taker.

So my dopamine pathways were wired for “imprinting” on a male sexual partner, but also due to the neglect and abuse, I have a “disorganized/ traumatic attachment style,” which I learned about at the Sarah Peyton workshop. This leads to being preoccupied and obsessed, even though my adult self knows that the relationship is not meeting any of my needs.

The problem is that my brain tries to send me in the direction of dopamine production, which is connected to intimacy, love, and sexual fulfillment. Yet I understand that continuing to pursue a relationship where none of my needs are met doesn’t make sense, so why does my brain try all day long to get me to go in that direction?

It doesn’t make any sense.

“A small child’s world is not logical,” is the answer David Steele offered me, which helps to comfort me when my own mind seems to have a mind of its own.

I don’t have the answers, but I do have strategies, so I will share what I have done to help illuminate my own Shadow. As an experiment, I said to myself that I just wouldn’t initiate action based on my obsessive thoughts. That was the best I could do. I couldn’t stop my obsessive thoughts, but I could choose to sit with them and not initiate action based on those thoughts and feelings. I would say that I was practicing presence and self-empathy.

There is one more strategy that has been helpful, which is to direct those dopamine-seeking pathways toward a new focus, interweaving them with other areas of my life that I truly value, such as NVC, transformation, and my writing.

Since I’m revising my latest novel, VR, a young-adult dystopia, I’ve decided to feed my Hunger Games obsession instead. It seems a better choice for me in both the short and long term, and it has enough power to pull my attention away from other obsessions.

If you find yourself, or other people, dealing with addictive behaviors, I highly recommend In The Realm of the Hungry Ghosts. It’s the best book I’ve ever read on the subject, and will give you a greater depth of understanding than I can possibly manage in this blog post. For some, my “boyfriend” or “Hunger Games” obsessions may seem minor compared to what they are struggling with. Or maybe you’re just dealing with biting your nails, but whatever it is, it’s still painful to the person who is suffering.

I chose to share some very personal information because one thing I value about NVC is creating safety for myself and other people to be vulnerable and honest. So I am modeling what I value… taking the risk to be vulnerable and honest is essential to growth and transformation. It’s also extremely difficult because it can trigger feelings of shame.

I tell myself I shouldn’t talk about the painful past because it shouldn’t have happened that way, and it’s shameful. But maybe if more people could be honest, in a way that is about vulnerability, not self-pity, we could see a lot more healing in the world.