Why I Honor the Warrior 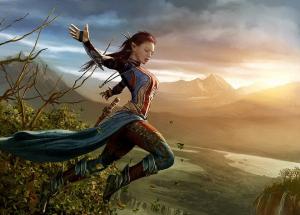 Why I Honor the Warrior

“All violence is the result of people tricking themselves into believing that their pain derives from other people and that consequently those people deserve to be punished.”  ― Marshall B. Rosenberg, Nonviolent Communication: A Language of Life

As I near completion of all the requirements for RMCCN accreditation as a facilitator, I find myself at a crossroads in my life. By the end of April, I hope to have received RMCCN accreditation and finished up the last of my commitments in Denver so I'm free to go anywhere I want to go and do anything I want to do, and I want to take advantage of that freedom. It's time for me to break free from old routines.

I want to create a life that will allow for a lot of mobility, freedom, and creativity, a nomadic lifestyle because, as I learned from The Drummer and the Great Mountain by Michael Joseph Ferguson, I have a "hunter" personality. I need freedom, adventure, excitement, and novelty, the same way a wild animal needs to roam free and hunt. But I'm also longing to create some focus and structure in my life. So I'm asking myself the questions: What now? What will my life look like? What will my days consist of? Not just an overall vision, but also the day to day tasks that create that vision.

Planning workshops and retreats is a way of meeting needs for creativity and contribution, but in a way that is fulfilling for me. Don Juan calls it "walking a path with heart." And Marshall Rosenberg said, "Don't do anything that isn't play." I find that I am drawn to teachings that are connected to love and abundance, not punishment or moralistic judgment.

I love the idea of doing work that allows me to travel so I can integrate my needs for freedom, adventure, excitement, and novelty into the way I contribute to the world.

Spending time camping and being in nature also feels natural and authentic to who I am. It's that warrior archetype I'm drawn to, like the goddess Artemis. I have a strong need to connect with nature. Weaving female empowerment into my teachings and writings, the warrior-goddess archetype is clearly important to me.

When I ask myself why I am drawn to female empowerment and the warrior-goddess archetype, I see that, for me, the beauty of the feminine warrior-goddess archetype is so important. She is incredibly powerful. Her masculine energy is fully integrated. It doesn't overshadow the feminine, but it's not sublimated either. Teaching non-violent communication is obviously an important element, but my NVC has this unique flavor to it. It's authentically who I am. I don't think NVC is about being "nice," rather, it's about being strong and authentic, fully grounded in my own personal power.

But strong doesn't mean cruel. A truly strong person is virtually always grounded in her own power. Because she is strong, she doesn't need to punish others or make demands. NVC and don Juan's teachings (from the books of Carlos Castaneda) are so in alignment with my own philosophy. But I think a lot of people don't understand how I can teach non-violence and at the same time honor the warrior. So often people are trained to "submit" and end up turning NVC into another way to "should" themselves, thinking, "I should be a nice person. I should be able to resolve every conflict."

What I've discovered is that sometimes two people really do have irreconcilable differences. They simply want different things. A strong person can hold the needs of both and accept the differences and move forward without needing to punish or make the other person "wrong."

Two of my mentors, David Steele and Ken Rosevear, are also practitioners of both NVC and the teachings of don Juan Matus, so I'm not the only one who sees coherence in these two teachings. There's something in me that feels a need to honor the warrior archetype, but this is the spiritual warrior. It's an inner strength and personal power that doesn't need to use violence.

Conflict resolution may appear anathema to the warrior, but in fact, when we try to avoid conflict we may become what Marshall called a "yes-saying jackal." This is not an authentic expression of one's feelings and needs. It is a form of submission, which later leads to rebellion. If we submit to another as a way of avoiding conflict, it's likely that our own unmet needs will eventually build up so much pressure that we explode in a "tragic suicidal expression of unmet needs."

A warrior trusts her personal power and doesn't fear or avoid conflict. She resolves conflict by being authentic about her feelings and needs… long before the pressure builds to the point where it erupts violently. Being grounded in one's personal power is also a way of respecting the other person, trusting that they can handle hearing the truth. In this way they are free to find another strategy for meeting their needs. We trust that they are resourceful and capable of meeting their own needs through an abundance of strategies.

However, when we fear our own strength and power – either fearing that others can't handle it, or fearing we will be "rejected" if we don't submit to their wants – we do ourselves and others a great disservice. So, for me, embracing and honoring the warrior is just as important as the big-hearted giraffe (which is not a flakey pastry, by the way).

Generally, I find that those who are most grounded in their own personal power and strength are also the most gentle with others – firm but gentle. They don't need to kick and scream and slam doors to be heard and respected. Oh, how sweet and beautiful that is.